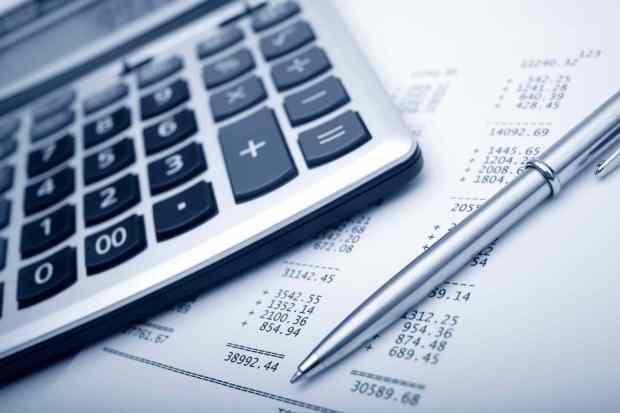 I don’t know what goes through one’s mind when you’re being told that you’ll be taught finance by a serial I mean serial entrepreneur. Someone who has built and sold two significant businesses, active Business Angel with 20 investments, who has worked for Goldman Sachs as a program tutor and is the program director of the Technology Entrepreneurship at UCL. I mean can I panic just for two seconds? Please?! In all seriousness I’ve always loved finance but at the same time I’ve always found it intimidating and overwhelming. For two years I had to do Managing Financial Resources and Financial Management as part of my undergrad degree hence it is safe to say that it was not unfamiliar territory. We were told during those two years how important it is to be familiar with the benefits of financial management (make efficient use of resources, achieve objectives, etc). Nevertheless, I was looking forward to the lecture.

I apologise in advance but I’m about to pull one those “my mom used to … “. Well I have to, with all due respect keep reading! I’m trying to make a point. My mom used to tell me growing up, even though you already know the answers to the questions your teachers are about to ask when you’re in class, don’t act as a “know it all”. Forget that you know it all, act as if you were just starting on a new slate and listen because maybe this time around he’ll say it differently, something else may click and you might find a better/quicker way to do that question in the future and it’ll never leave your brain. The point I’m trying to make is, once the lecture started I listened, observed as if it was the first time I was doing finance and I’m glad I did.

Simon was fantastic! He could not have explained it much better. His explanations were simple to the extent that even people who had not done it before could understand. What I found most exciting about finance this time around is that I actually have the chance to apply everything into a real business and not just stop at practice questions and exams. Although I struggled a bit with a pricing exercise in class, he gave three examples the clock, the greeting cards and the cup of coffee and it’s only when I was leaving the class that it finally clicked! To be safe, I decided to do more examples until there’s no room for doubts. 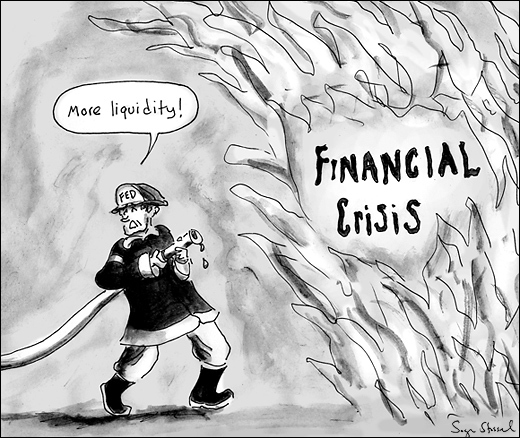 I think the female in me is itching to call it “Fabulous Lab” because that’s how my time was “Fabulous”. Before I start telling you how those days were let me take you on another trip, shall we? Well, it’s reading week aka travel week for some, crunch times for those who want to advance their coursework and just relaxing week for others. I planned on going to see my mom for at least three days during that week. I hadn’t seen her in a few months and I was being told that I had two days of workshop at Fab Lab. My heart just sank because I knew I had to chose between those two days and seeing my mother. Long story short, I chose to stay and to attend both days.

On the Tuesday we had the founders of Fab Lab come to the university. They introduced themselves, talked about the company, their objectives and went onto the good stuff. I haven’t asked my classmates this question but I think I’ll remind myself to do so, well I felt very inspired 25 mins into the presentation and proud of what they have brought to life. I know some may frown upon this but it’s a revolutionary idea in my opinion. It’s only a matter of time before the world catches onto it and I’m looking forward to the day I’ll see them front page of The Times, and I’ll say to whoever would be next to me at that time “I had the chance to meet them”.

They emphasised on the importance to do research (focus group, prototyping, and other ways of testing) before pursuing an idea. Though it is important to know that surveys cannot be validations to assumptions which was an eye opener for me. I thought that surveys are part of primary data, could be used as facts therefore could validate whatever assumptions we wanted to prove. Then for the rest of the afternoon we talked about the importance of MVP (Minimum Viable Product). They said that we will most definitely experience a loop when dealing with our project which consisted of: TRY —-> TEST—->LEARN and back to trying again and again and again. This is a way of testing the market and making sure that the product is actually needed, finding out why should people buy it? Does it perform as intended? Can it be built and delivered?

We then had a chance to come up with a MVP, dear oh dear never give people with a wild imagination green light to come up with ideas. Safe to say that my group and I not only did we pull our hair but I personally wasn’t hundred percent sure of our final idea at first. I think now looking back it was because I was trying to put myself into the shoes of every customers and I think it was wrong because not only are there ” different strokes for different folks” also I didn’t have the research (data) to back up this idea. Likely we were given a day in Fab Lab quarters in central London to prototype, make mistakes and see if our final product could work.

Another thing I also remembered from that first day was when someone asked them (the founders of Fab Lab) how they knew they were good for each other and how they came together? I know some will expect a grandiose answer, on the contrary they answered: it’s just like in a relationship. You share the same views, care about the same things and you just know that you work well together. Below are the people I’m in a relationship with 🙂 (P.S: we are just missing Afrah 🙂 ) 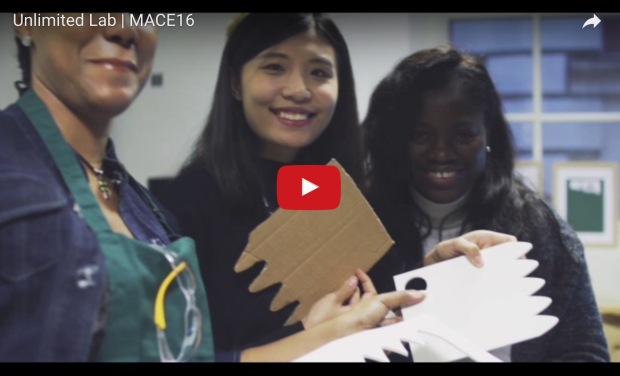 Came on Friday, we were now able to work on our prototypes, yes you read right!! “Types”, our idea was to make a chopping board with indented ends that could clip on and off to different recipients. This would help organise veggies when chopping them so that you could have space to cut other things and not have a crammed chopping board. Our first assumption was to reuse as much as possible. So our first prototype was made out of card board as you can see below, the recipients were made out of old plastic fruits containers and cardboard too. 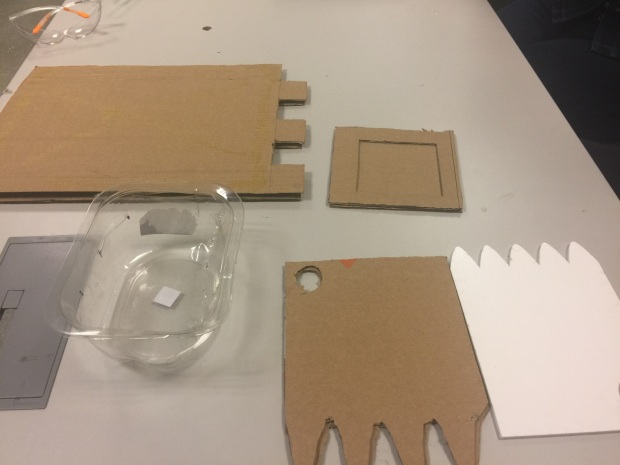 We were very pleased with our first prototype so much so that we decided to change some features such as incorporating a thumb hole that would allow us to hold it differently. We made the chopping board smaller, lighter and made rounder ends to avoid kids getting hurt because the previous ones were sharp. Then Irene (one of the founder of Fab Lab) even more helpful that she had already been, told us we could use the laser cutting to make our final product. Very exciting I know!!! We used leftover acrylic to make our board. Watching the laser cut through acrylic was extremely satisfying but not as much as it was holding our final product.

Janja (one of our lecturers) has been telling us for weeks about the importance of trying out, prototyping but it’s only during those two days that I got to truly I mean truly understand and see what she’s been saying all along. I’m very thankful and grateful for all the opportunities and the knowledge I gained during those two days. 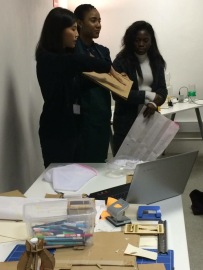 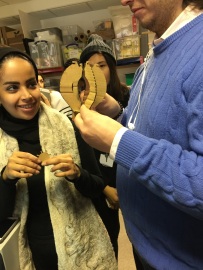 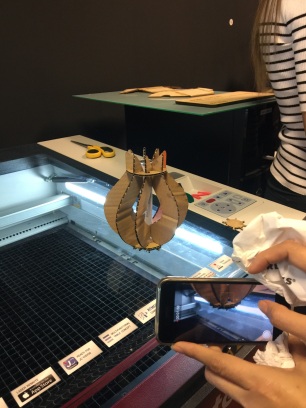 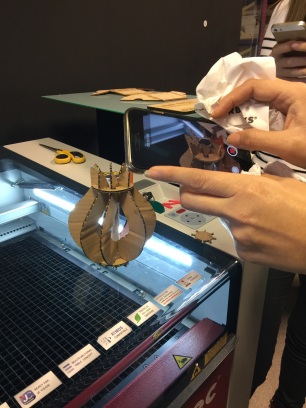 If I may quote her (Janja) “it’s good to have a great idea but not until you’ve tried it out, actually doing it (prototyping) that you would understand and know if it will work”.

So far I have really been enjoying Design Thinking and when I was told that we would take part in a 3D workshop, I resisted the urge to smile but I could feel my intestines doing the “Harlem Shake””. Perhaps I’m just that strange person who get easily excited but I think knowing that these are opportunities that might never come again, I choose to embrace them and to learn what I can. The 3D workshop was both thrilling and fascinating. I don’t even think that I myself knew that a drilling machine or a pressure staple gun will excite me as much. It might not be everyone’s cup of tea but having 100% freedom and many resources at your disposal to design and actually make a product come to life with your bare hands, without any restrictions is FUNtastic for lack of better words.

We were welcomed by Mark (Technician Supervisor), who started by going through all the rules and safety precautions. He then opened the doors to “the chocolate factory” a.k.a the 3D workshop. The recycled air, yet still saturated was dying to greet us I’m sure because all I could smell was wood. He talked about the safety measures to take every time we will need to come to the workshop (wear green Apron, eye protection, emergency stop button, not to hesitate to call a staff if something does not feel right, etc). Next, He took a rectangular piece of wood on which he drew an ark, two equal lines in the shape of an isosceles triangle then we proceeded to what I believe is called the “mansaw machine”. The image below will make more sense.

Amongst the things l can still remember from working with that first machine were: “MIND YOUR FINGERS”, it takes 5-10 seconds for the machine to start, there is a long black plastic ruler we can use to move our object if we feel that our finger will get too close to the blade. He demonstrated how to cut at an angle, where to put your fingers, how to hold the piece of wood. We used a 12mm blade and Mark suggested that we could use a 6mm blade for thinner piece of woods. Then we moved onto the sanding machine (my favourite!!) there is something so smoothing and therapeutic about that machine. I truthfully dreamt later on that day about my group making a product in wood just so that I’ll get to work with machines (wishful thinking). Enough rambling, what I learnt from the workshop is that the opportunity was given to encourage us to really think with our hands, to take ideas or concepts we will be developing and put them into actual object. Though we might not always have all the ressources when we step into the real world, I will remember that there is always a way around something.